[Did a friend forward this your way? I write about trends in tech and social impact – with a few takes here and there. If you're into it, please subscribe!]

1. America’s favorite family outings are increasingly out of reach

“Decades ago, some of these family outings were within grasp. But today, a family with two minimum wage earners would have to work 173%-299% more hours to take their family out than two similar workers in 1960. For them, a one-day trip to Disneyland would require nearly two weeks of pay.”

Fascinating research on the cost of family outings over time – from movies to ball games. If you’re short on time, the informative charts alone are worth a quick scroll.

“Although a handful of countries in recent years have reversed these laws, Foreign Policy analysis shows a worldwide trend toward greater reproductive freedom for women, not less, which makes the U.S. Supreme Court’s decision—and the United States in general—an outlier.”

These maps explore abortion rights across the globe. The US joins Russia, Iran, Turkmenistan and others as it rolls back protections for reproductive rights.

3. Are Virtual Monotasking Groups the Future of Work?

“Spacetime’s coworking groups operate on Zoom and offer users the choice between one-hour “sprints” and two-hour “flows.” Sessions begin with attendees talking about the task they hope to accomplish, before everyone is muted (with cameras on or off based on personal preference) to work independently.”

“Monotasking” is meant to help you get stuff done without distractions. Our human brains aren’t wired for multi-tasking – work blocks, flow timers, and accountability groups can help with focus!

4. How we will fight climate change

“In other words, everyone pushes wherever they can push. We campaign for climate-aware state leaders. We build technologies that make decarbonization easier, if that’s what we’re good at doing. We persuade our bosses and the companies we own to adopt renewable technologies. We use our investment choices to direct capital toward companies that produce or use renewables. If we work for the civil service, we try to design and implement regulations in ways that favor renewables.”

The fight against climate change will take many parallel efforts, and hopefully converge into a self-reinforcing “green vortex.” Climate tech innovation and deployment is undoubtedly the biggest necessity and opportunity of my generation’s lifetime.

“Coal consumption grew only 0.1% per year from 2011 to 2021, and gas grew at 2.2%. During that same 10 years, renewable power generation grew at 15% per year on average. The global energy system is huge and complex, and massive consumption of fossil fuels still dominates the mix. Zero-carbon power, however, is where growth lies.”

These fascinating charts illustrate the massive energy transition. The world needs more of these changes, faster.

6. Dead solar panels are about to become a lot more valuable

“Solar started to take off in the 2000s, and with a lifespan of around 25 years — we’re just now approaching the first big wave of discarded solar panels. If it’s treated properly, that trash could become treasure.”

The world of solar and other renewables must become more circular. Solar panels, wind turbines and batteries aren’t set up to be easily recycled, but this trend will begin to change as costs plummet and demand continues to grow.

7. Made to measure: why we can’t stop quantifying our lives

“This mindset, says Rosa, is the result of centuries of cultural, economic and scientific development, but has been “newly radicalised” in recent years by digitalisation and the ferocity of unbridled capitalist competition. Measurement has been rightly embraced as a tool to better understand and control reality, but as we measure more and more, we encounter the limits of this practice and wrestle with its disquieting effects on our lives.”

We measure everything in our lives these days. This article explores why – and to what end.

“Nazarbayev stands to lose his title as "Elbasy" or "Father of the Nation." The 81-year-old, who ruled the ex-Soviet state for almost three decades, retained this title — helping to cement his ongoing political influence — even after stepping down in 2019. Another amendment nixes Nazarbayev's right to run for president more than two times. The reforms will also ban the president's relatives from holding government positions — another controversial issue in the oil-rich country. They also significantly strengthen the role of the country's parliament, restore the Constitutional Court, and abolish the death penalty.”

With democracy under threat, these reforms in Kazakhstan are significant. Many former Soviet Union nations are ousting old dictators and demanding representative government.

9. The Glorious, Almost-Disconnected Boredom of My Walk in Japan

“And yet, with global network connectivity, there’s no reason to not also broadcast, in part, in real time. To both consider the experience and share it with immediacy. The daily SMS became a forcing function that deepened my experience of the walk, made me more aware of how painful or joyful or crushingly boring the days were. Being able to share in somewhat real time and not be pulled out of the moment was just an issue of tools and framing.”

A meditation on walking and the freedom that can come in a state of curious boredom.

“The chinampas will never again provide the entire city with food, as they once did. Zambrano and other scientists have estimated that, under perfect circumstances, they could account for about 20 percent of the city’s produce consumption. But their value isn’t just food security, says Arca Tierra’s Usobiaga. It’s many things: the culture that Don Victor’s grandchild will learn from him, the local economy that allows Xochimilqueños to stay in their community, the recovering axolotl populations, the migratory birds. And of course, the delight people take in fresh local food.”

A look at the past and present of Mexico City’s chinampas, ancient floating farms that have seen a resurgence in recent years, but remain under threat.

Check out the most detailed deep space photographs ever taken, courtesy of the new James Webb telescope. For space nerds, this article provides further reading on the telescope and these stunning images.

What else do you want to see? Don't be shy, hit reply! And if you're into it, feel free to buy me a slice of pizza.

Buy me a slice

That's a wrap for this month! I hope you can catch a break and slow down a bit this upcoming August.

This month's top reads feature subsea internet cables, rights for rivers, and insights on how cryptocurrency vanished into thin air. 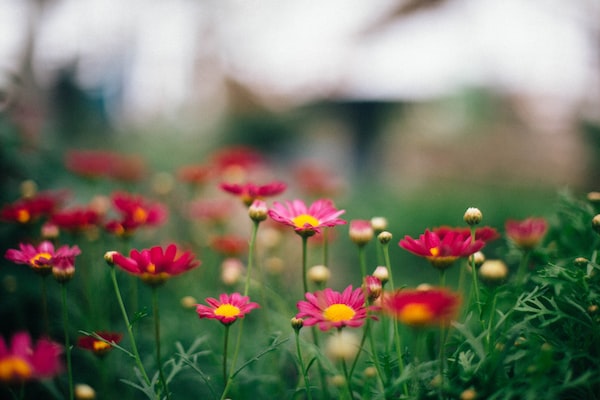